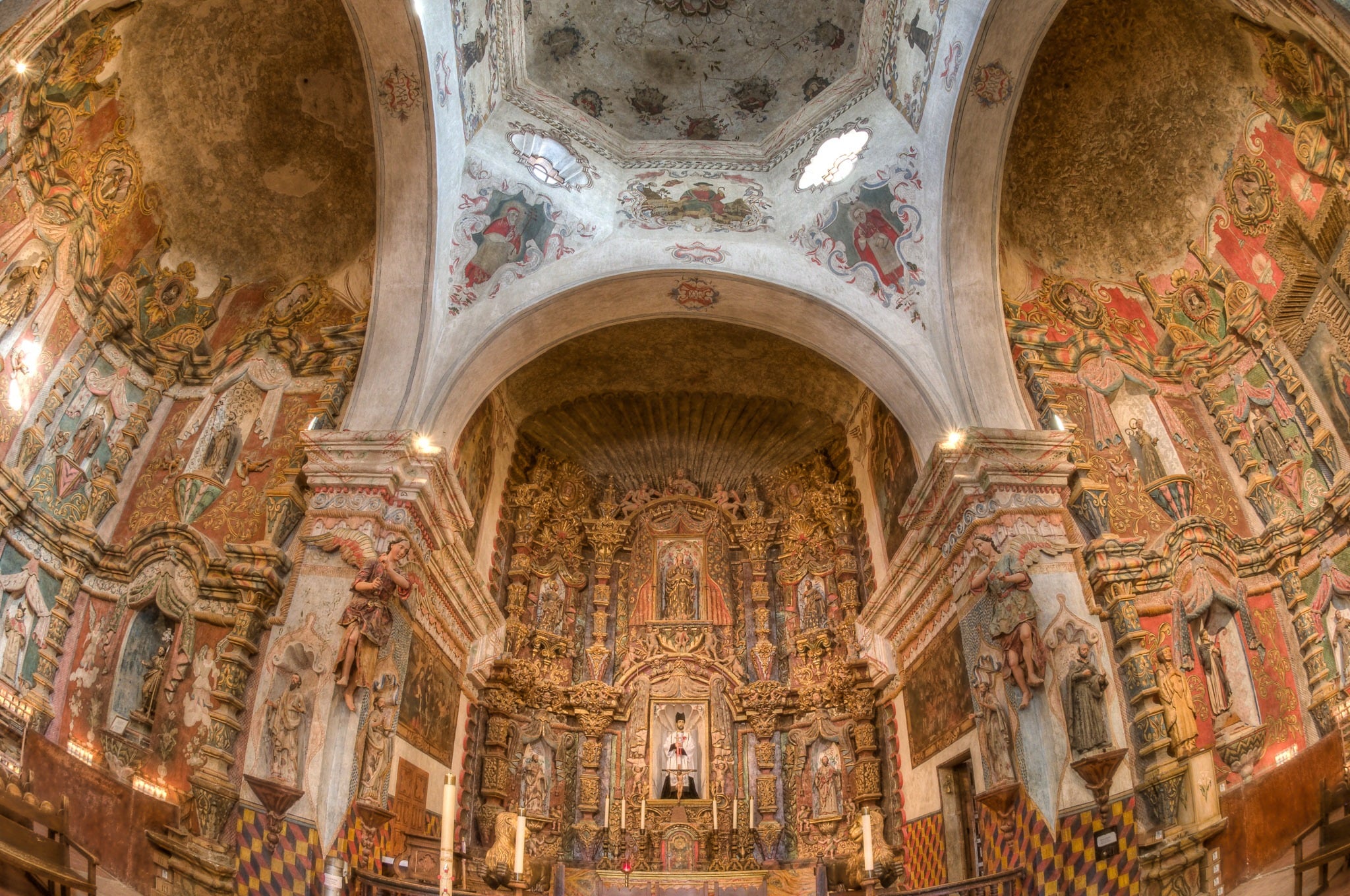 One of my photos of the interior of San Xavier del Bac cathedral was used in the Douglas Thompson film called Howard Terpning-Portrait of a Storyteller.  Artist Howard Terpning was widely known for his portraits of Native Americans.

You can see an excerpt of Douglas Thompson’s film at www.greenwichworkshop.com/terpning/tribute/default.asp#film.