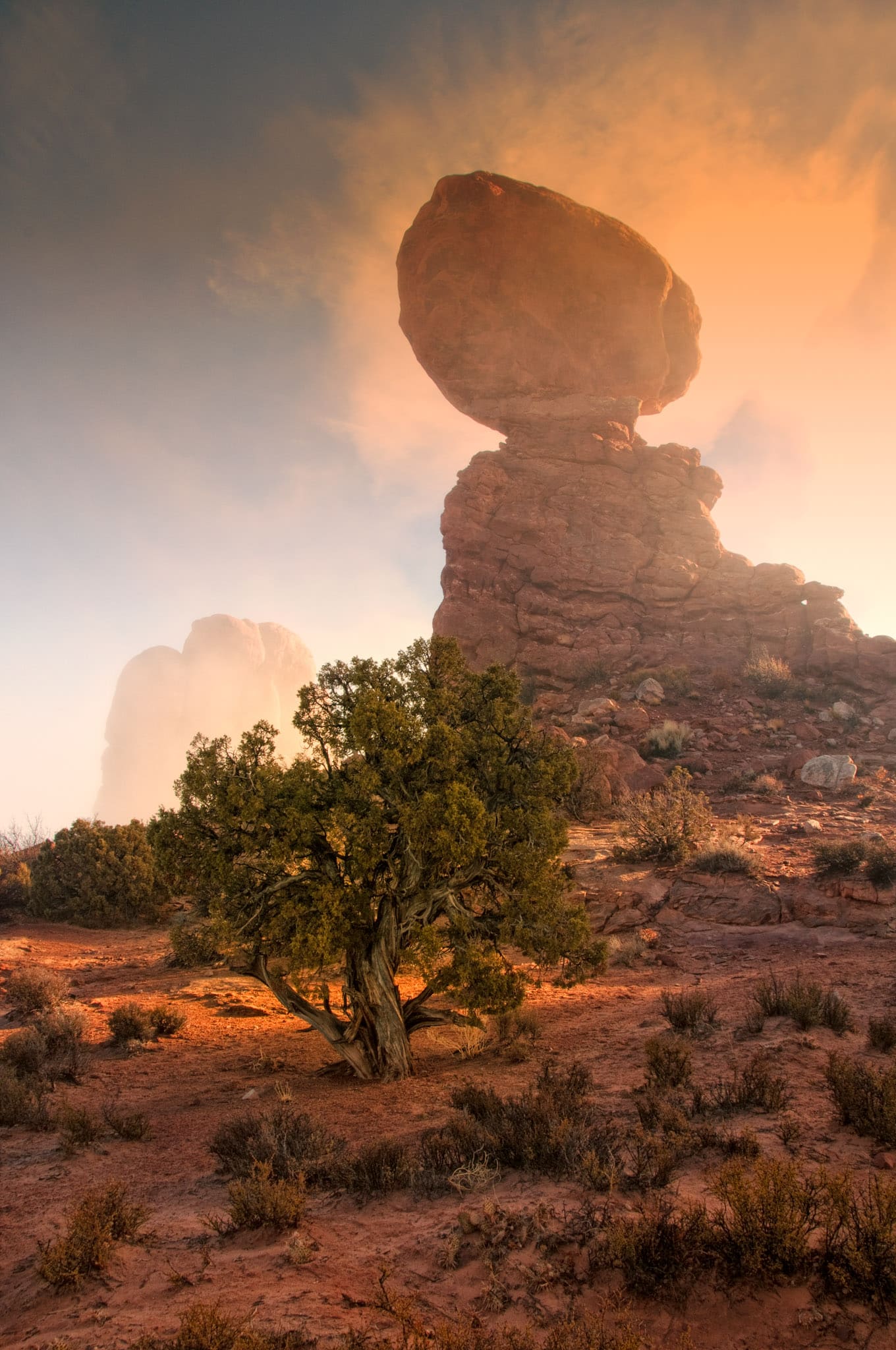 Here is the photo entitled “Balanced Rock in Fog 2”.

Here is the back story. In late February, we were passing through Moab, Utah, after shooting a sequence in the Needles District of Canyonlands National Park. It was raining so hard that we decided to stop for the night and set up camp near Arches National Park. The next morning, the rain had stopped and the landscape was shrouded in a really dense fog.  Bill immediately pulled his gear together and we inched our way up into the park. The fog was rapidly dissipating at the higher altitude. But before it was gone, Bill was able to get this shot of Balanced Rock lightly shrouded in fog with an ancient Utah juniper in the foreground.