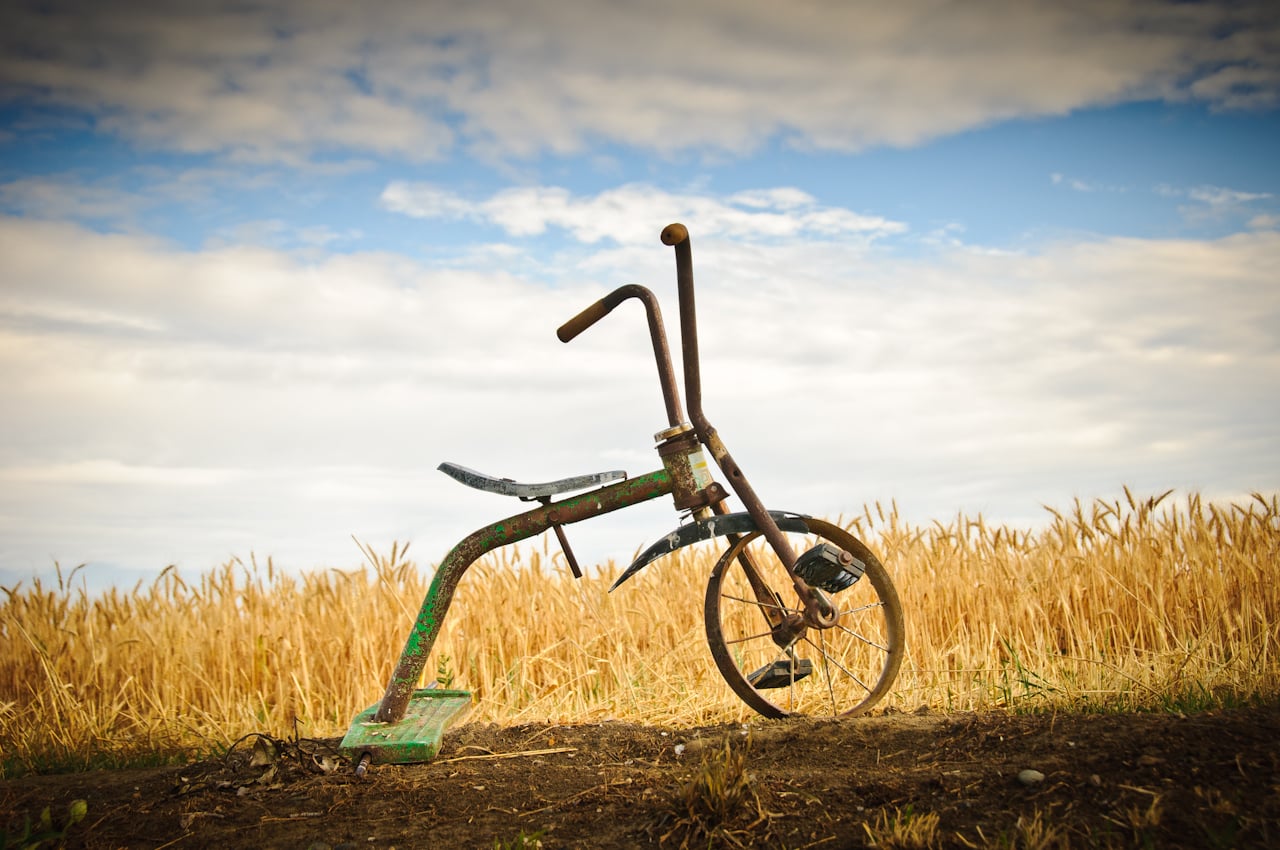 The photograph shows an aged tricycle  that marked the boundary between a wheat field and campground in Hardin, Montana. The wheat was ripe. A few days later it was harvested and the remains baled as hay.

The show opens May 1, 2012, and will run through June 2nd. at the Carter House Gallery, located in Caldwell Park, 48 Quartz Hill Road, Redding, CA 96003. You can see the other accepted photographs after May 1, at www.nval.org.