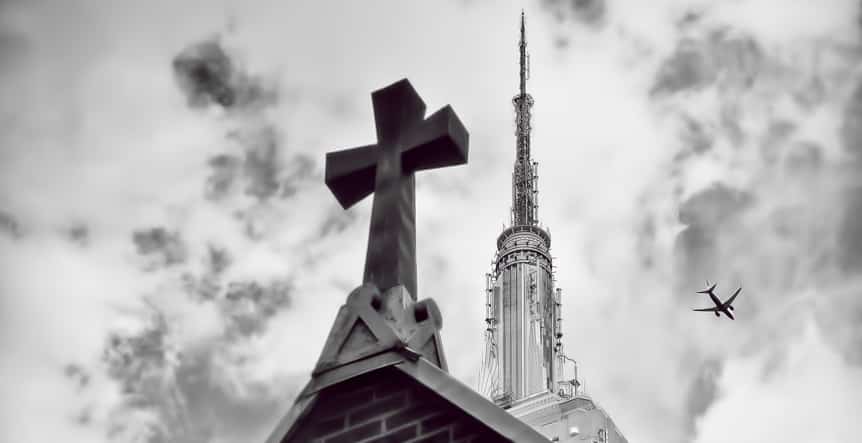 We are pleased to announce that William’s photograph entitle Juxtapositon has been awarded a 2012 Darkroom Gallery Honorable Mention Award  for the exhibition called Photography by Design. 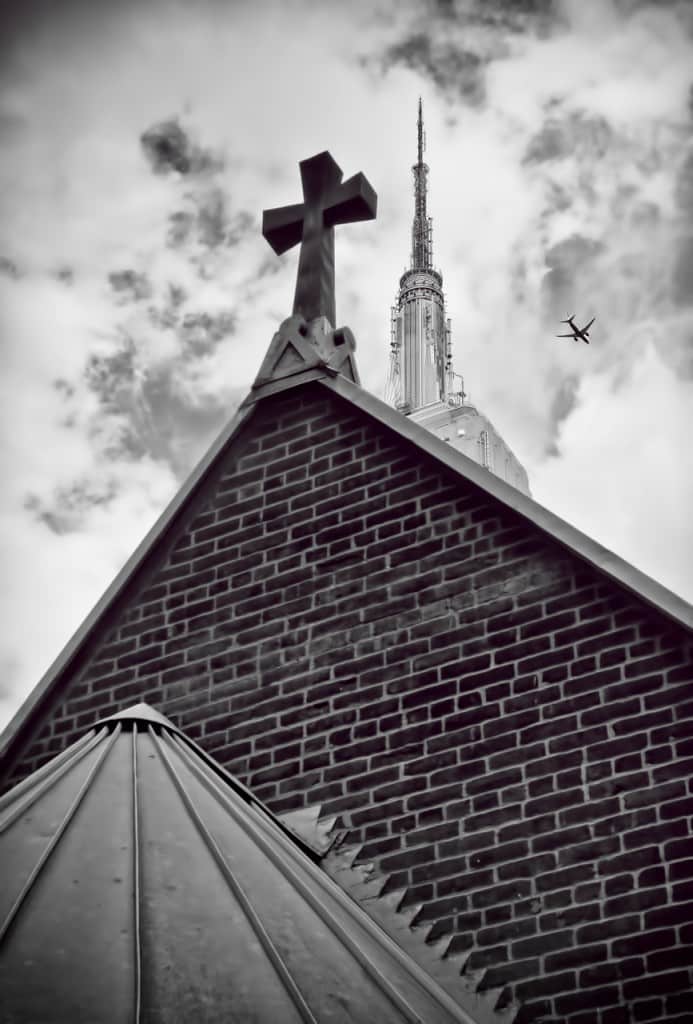 The show opened December 13, 2012, at the Darkroom Gallery in Essex, Vermont. You can view the entire show at www.darkroomgallery.com/ex36.

It was raining the day I headed out to explore the neighborhood around the Little Church Around the Corner, also known as the Church of the Transfiguration, located in Manhattan’s Chelsea/Murray Hill/Flatiron District.

Following some of my own advice, I was looking up along the roof line of the basilica for something unusual and noticed that the Empire State Building tower jutted up in the distance behind the church and parallel to the stone cross. Nice. But I also saw some contrails and thought, “Wouldn’t it make an even better photo with a plane in the sky?” So, I set up my tripod and framed my shot. After waiting about ten minutes, a jetliner flew into the frame and caught a bit of sun – and I took a shot.

The juror for this exhibition was Joe Baraban, a free-lance photographer featured in numerous publications, including Communication Arts Magazine.